x
by perspectives
on December 1, 2022
under Uncategorized
∞ Permalink 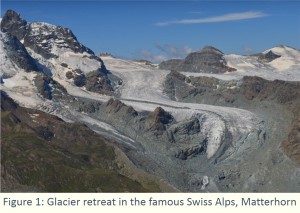 It is well accepted that human activities have caused approximately 1.0OC of global warming above pre-industrial levels (IPCC 6th Assessment Report: Climate Change 2021). The Intergovernmental Panel on Climate Change states that it is likely to be in the range of 0.8-1.2OC. Additionally, global warming is likely to reach 1.5OC between 2030 and 2052 if it continues to increase at the current rate. All reports by various organisations indicate that we might even reach around 2OC. This is not a myth, since higher than the global annual average is being experienced in many regions across seasons. This is especially true in the case of the glacial regions of Artic, Antarctic, and the mountains. A consequent phenomenon of rising of sea levels has also been experienced in small islands and deltaic regions across the world. However, climate change cannot be seen as an isolated phenomenon. It needs to be seen in association with sustainable development and efforts to eradicate poverty. This is a cyclic reaction and cannot be avoided.

More global warming will lead to more natural disturbances and climate unpredictability, which will affect food grain production and economic development due to frequent occurrences of natural calamities. Negative impacts on biodiversity and ecology including food production will lead to more hunger, dependency of lower-income countries on wealthy nations, and an imbalance of social and economic equity. Civil unrest will rise and the resultant increased inter-continental migration will affect indirectly the development, stability, and security of developed nations. This has already been seen in European countries, the USA, Canada, Australia, and India. Oceans and freshwater bodies are a source of life and food for a large number of people. Many nations depend on the produce from the sea for their existence. However, increased global warming is projected to increase the ocean acidity and decrease oxygen levels, consequently, affecting the marine biodiversity and ecosystem. There will be an ingress of salt water in the deltaic regions and marine floods will destroy the sweet water ecosystem in coastal lands, thereby increasing the vulnerability to food supply systems. 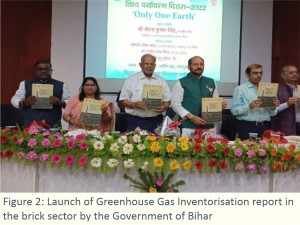 Similar to other countries, India is facing dire consequences of global warming. It is the fourth most affected country due to climate change. The issue here is more aggravated due to the increased population, the scale of migration and urbanisation, the need for development, and the lack of affordable and profitable technologies for moving towards a net-zero scenario. India emits around 2 gigatonnes of CO2eq every year with an increased rate per year (The Wire, 2022). Despite the absolute quantity of emissions, the per capita emission (2.5 tonnes per person) is lower than the global average, which is led by the USA and other developing countries.

India is predominantly an agriculture-based country and depends on natural rivers and seasonal rainfall for agricultural produce. Over the years, the profoundness of global warming has affected India heavily. If there are no steps taken in this regard, then the future looks quite bleak. Already, the Himalayan glaciers have melted and retreated. This has affected the flow rates of major perennial river systems of the country, including the Ganges, Indus, Yamuna, and Brahmaputra. The frequency of floods and heat waves has increased with shifts in seasons. Severe landslides, flash floods, and unseasonal rains are destroying the agricultural system and making people homeless. This has resulted in increased migration to cities, which is negatively affecting the carrying capacity of cities and towns.

Furthermore, India still needs a massive effort on developing its infrastructure and assets, creating more industries, and the need for energy for all these. The question is at what cost and who will bear the cost? As a commitment to the Paris Agreement, our Prime Minister at the COP26 announced a five-point agenda called Panchamrit (nectar elements) – ‘India’s gift to the world’ to reduce climate change (GoI, 2022). These are:

Honourable Prime Minister Shri Narendra Modi has also proposed to advance a new agenda called ‘LIFE – Lifestyle for Environment’, which means changing lifestyle for the benefit of the environment. 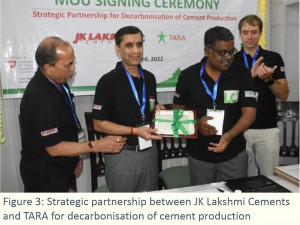 Efforts are already seen in this regard. About 39.8% of India’s electricity is now based on renewable energy with no new coal-based power plants being built. The emphasis is given to phasing out old thermal power plants and shifting to renewable energy. At the household level, traditional fuels such as coal and coal-based briquettes are being replaced by Liquified Petroleum Gas and waste biomass-based fuels. Even fuels from municipal solid wastes and biomass are replacing coal in thermal application industries, including cement, steel, etc.

As an organisation dedicated to minimising the effects of climate change and reducing global warming, Development Alternatives (DA) is working with various stakeholders to understand the need and create data to devise strategies for a positive change. Thus, the organisation works with farmers and communities to build their capacities to adapt to climate change, create alternate sources of livelihoods, and minimise dependence on traditional farming methods and practices. The organisation also supports small entrepreneurs in adopting 100% waste-based zero-energy brick-making technologies. Technology and Action for Rural Advancement (TARA, the DA Group) is also partnering with various cement companies to increase the usage of alternate fuels in clinkerisation and help them adopt the Limestone Calcined Clay Cement (LC3) technology. Development Alternatives is also working with state governments to create a pathway for transforming into carbon-neutral states. The organisation hoped that these endeavours will help make India a better place to live in for the future generation.

The views expressed in the article are those of the authors and not necessarily those of Development Alternatives.

This blog first appeared as an editorial in Development Alternatives Newsletter November, 2022