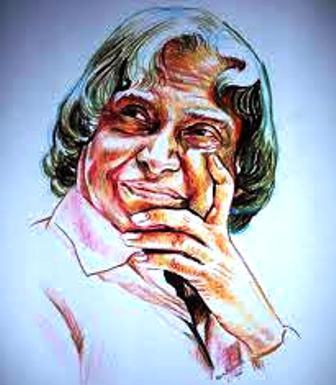 What a fitting way to go! The manner, timing and place of the passing away of our late President, Dr Abdul Kalam was exactly as he would have wished it to be: talking with his last breath with young people, dreaming and exploring  how they could create a better future – for themselves and their country. His was a life of inspiring and being inspired by the commitments and hopes of the next generation, and I can think of no better or more apt finale for a life so well lived and a career so filled with generosity and selfless giving.

Dr Kalam was one of those rare persons for whom even passing acquaintances would claim a special friendship. Certainly, I was happy to be counted amongst those thousands for whom his personal interest went beyond mere name recognition to a genuine concern for the issues they cared about and the things they worked on.

After the occasional encounters he and I had over the years, at conferences, workshops, receptions and other gatherings, my first real connection with Dr Kalam was when he invited me to be a member of the Science Advisory Council to the Cabinet, which he chaired. The Council consisted mainly of the heads of major public scientific institutions, top universities, and other eminent scientists. The agenda of his meetings always encouraged participants to think about wider and more humane ramifications of science. As a scientist-engineer, his deeper concern was to help society to utilise the boon of science and technology holistically for the greater good of all. Whether it meant a better life for people in India’s villages or cities, he was unceasingly concerned about the quality of life of his fellow citizens.

He presumably  invited me to take part in the deliberations of the Council because he was deeply preoccupied with the lack of attention in India’s science policy to the issues of sustainable development – how science can contribute to eradication of poverty, regeneration of the environmental resource base and thus to creation of sustainable livelihoods.

During the meetings of the Council, he took great care to elicit inputs and views from the wide variety of professionals present, and invariably went out of his way to call on me to present my views, which he knew were very often not in close consonance with the conventional perspectives of the majority of participants. Dr Kalam was particularly keen on promoting technology innovations relevant to the needs of the poor and marginalised, and of those living in remote, undeserved communities throughout the country. On occasion, he visited Development Alternatives to see the kinds of innovations we were working on in a wide range of areas, including cook stoves, water purification systems, affordable housing and livelihood creation. His insights on the nature of social needs, as much as on the nature of innovation, were always relevant and helpful.

I think that what distinguished President Abdul Kalam from the many distinguished leaders our country has been fortunate or otherwise to have had over the years was his devotion to the real issues of everyday people – to finding ways to meet the basic needs of India’s citizens not through ideology and politics, but through simple application of knowledge and good management.  His interests were in the What and the How, not in the Who or for Whom. Above all, he was concerned with not just Why, but even more with Why Not?  He was a man of genuine substance, not of superficial appearance or sleight-of-hand cover-up. 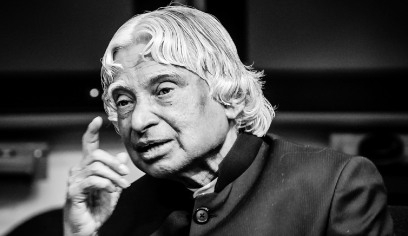 This is the reason, from his position in Rashtrapati Bhavan, which most people would have considered too exalted to deal with specific day-to-day issues, Dr Kalam became a professor – preacher? — to the nation encouraging good practice on many different fronts.  Where ever he could find an audience – if necessary by inviting them to his home – he would carry forth messages that had great importance for the future of the country.

One of these, I recall, was PURA, the “Provision of Urban Amenities in Rural Areas”. PURA is a brilliant strategy for developing the rural communities of India, by setting up an ecosystem of large urban centres, surrounded by smaller communities, all of them connected by rapid transit and high speed communications. Inspired by the late Professor P.V. Inderesan, an eminent systems scientist from IIT-Delhi who was also director of IIT-Madras, Dr Kalam spent a major part of his time in making Power Point presentations on the systemic concept of building cities to be on a human scale and liveable. Even though the programme did not receive as much traction as it deserved, the former president never gave up talking about it to anyone who would listen and also produced a book,Target 3 Billion, which he co-authored with Srijan Pal Singh.

As an extraordinarily wise and learned man he fully understood the responsibility of his role as the first citizen of India. As president and after retiring, he went indefatigably around the country to promote science based solutions that are good for mankind and society at large. He was surely one of the few genuine statesmen that India has produced after the generation that fought for the nation’s independence.  And certainly the most modest. q

Dr Ashok Khosla is an environmentalist and Chairman of Development Alternatives. He has worked extensively in the field of sustainable development and was recently awarded with UAE’s prestigious Zayed’s international prize in environment. He was awarded the 2002 Sasakawa Environment Prize – “the Nobel Prize of the environment world” and has been named in the United Nations Environment Programme’s (UNEP) Global 500 Roll of Honour.