x
by perspectives
on August 5, 2021
under Sustainable Development, Uncategorized
∞ Permalink

India consumes around 3.4% of global energy, which makes it the world’s sixth largest consumer of energy. The electrification rate in India is around 64.5%. However, about 35.5% of the Indian population still does not have safe access to electricity. Therefore, there a need to search for decentralised and renewable energy-based options to meet the rural energy needs in a sustainable way. 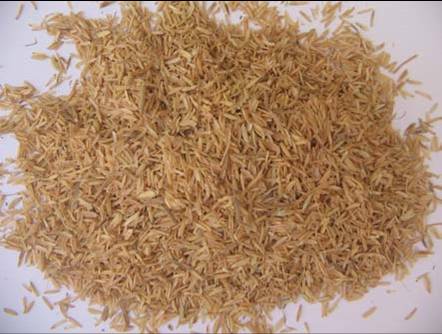 The government has now become active in support of safe and green energy, with specific emphasis on clean development mechanism (CDM). For this, the Ministry of Non-Conventional Energy Sources, later renamed as the Ministry of New and Renewable Energy (MNES), has also been set up. It has put forward many policies for effective implementation and utilisation of renewable energy technologies in India. Some of them are Jawaharlal Nehru National Solar Mission of National Action Plan on Climate Change (NAPCC), Rajiv Gandhi Grameen Vidhyutikaran Yojana (RGGVY), National Electricity Policy (NEP), The Integrated Energy Policy of India and the National Biogas and Manure Management Programme (NBMMP).

The threat of global warming and climate change due to excessive use of fossil fuels has increased the urgency of finding environmentally benign ways of generating energy. India is blessed with an abundance of non-depleting and environment-friendly renewable energy resources, such as solar, wind, biomass, hydro-geothermal and cogeneration. Among all of the renewable energy sources, biomass is in abundance, diversified and readily exploitable resource. In India, among the renewable energy options, bio-energy technologies have been promoted to meet the rural electricity needs of domestic, agricultural pumping and rural industrial (such as enterprise development) activities.

The resources used for energy production should be non-conventional. The comparison for various other resources is given below:

India is the second largest producer of rice, which accounts for about 80% of the total production in the world. In 2008 the world paddy production was 661 million tonnes and consequently 132 million tonnes of rice husk were also produced. Rice husk is one of the alternative fuels because of its high potential and environmental benefits. Rice is cultivated in almost every region of India; where ample amount of water is available. Husk is the residue left after processing rice husk in the mills, which accounts for approximately 20% of the total rice husk produced. Hence, a large amount of rice husk is left with no use. This husk is either dumped and brings a waste disposal and methane emissions problem. Moreover, the inhalation of the low density rice husk can cause it to be air-borne easily leading to the breathing problems. However, rice husk is a waste, but still can be used to solve many problems related with the waste. It can be used as an additive in cement industries, for fertilisation in the fields and also for chicken incubation in the poultry farms. However, these methods cannot solve the large scale of waste disposal problem. Hence, a proper utilisation of husk for energy production can significantly resolve the problem of waste disposal along with the energy loss. In fact the rice husk can be converted into a useful form of energy to meet the thermal and mechanical energy requirement for the mills themselves.

Rice husk can be converted into a useful form of energy to meet the thermal and mechanical energy requirement of the mills itself because of its high calorific value. Hence, the proper utilisation of husk into the production of energy helps in minimising the waste disposal and emissions problem.

Conventionally, after paddy rice is processed, a huge quantity of biomass is left as a residue in the form of rice husks. This rice husk, when used in efficient gasification or combustion systems, has a considerable potential to generate energy. The utilisation of rice husk for power generation can even replace existing diesel consumption in the rice mills for rice production. In this process of gasification, the biomass (rice husk) is burned in control manner to produce a particular cocktail of gases, called as the producer gas. This gas is a mixture of carbon monoxide, nitrogen, hydrogen, carbon dioxide and a little bit of methane. Producer gas is a combustible gas. Hence this gas is fed into a gas engine, which drives an alternator to produce electricity. The proper utilisation of waste into energy production has been explained by a case study given below:

After paddy rice is processed, a huge quantity of biomass is left as a residue in the form of rice husks. This rice husk, when used in efficient gasification or combustion systems, has a considerable potential to generate energy. This successful effort has been put forward by Husk Power Systems (HPS), a company with a goal to provide affordable, reliable and environmentally sustainable energy to rural India. It uses husk as the fuel to generate electricity. HPS has installed 57 plants across 250 villages of Bihar and Uttar Pradesh. These rice husk power plants are ‘mini power-plants’ with the installed capacity of 35-100 kW. The HPS initiative saves 42,000 litres of kerosene and 18,000 litres of diesel per year. About 300 kg of rice husk is used as a raw material to generate around 40 kilowatt of energy, which is sufficient to supply energy to 500 households for 6-12 hours per day. Generally, electricity is supplied to domestic and commercial consumers for fixed 6-8 hours a day. The residual waste from the plant is also used in making incense sticks, rubber and manure. For each Megawatt of power generated, about 5,800 tonnes of carbon dioxide emission reductions can be achieved every year.

This blog first appeared as an editorial in Development Alternatives Newsletter July, 2021