While India has one of the fastest growing population in the world today, it is far behind most others when it comes to preserving the environment and the ecology. Air pollution, ground water depletion, climate change, use of plastics, garbage disposal and sanitation, loss of biodiversity are some of the major environmental concerns India is grappling with today.

According to the rankings of the 2016 Environmental Performance Index, India ranks 141 out of 180 countries in terms of air pollution. In May 2016, Phalodi in Rajasthan recorded a temperature of 51 degrees Celsius – the highest ever in the country. The increasingly tormenting heat waves in the past few years are an indication that global warming and climate change are real challenges that our country is facing now. According to data from the Plastindia Foundation, India’s per capita plastic consumption went up from about 4 kg in 2006 to some 8 kg in 2010. By 2020, this is likely to shoot up to about 27 kg. India’s top environment watchdog National Green Tribunal, which has been a hub of environmental litigations since 2010, is flooded with cases relating to cleaning and rejuvenation of Ganga and Yamuna rivers, air pollution from various sources, burning of agricultural residue in fields, mis-management of solid and plastic waste, cutting of trees and deforestation, groundwater extraction and others. 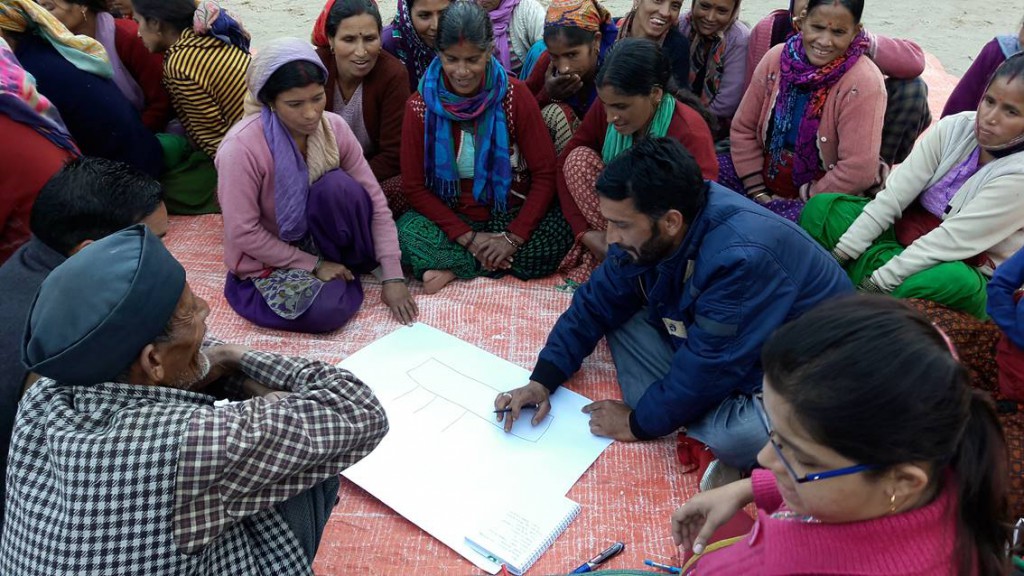 Environment education equips people with the knowledge, attitude, skills and motivation that facilitate in dealing with environmental issues

There are few reasons why India’s environmental challenges are assuming gigantic proportions. Firstly, the exploding population and the needs of billions makes environmental sustainability a very difficult issue. Also, factors like industrialisation, changes in consumption patterns and poverty are seen to be threatening the dynamic equilibrium that could exist between people and ecosystems.  The other big challenge is lack of environmental awareness. A multipronged approach involving all relevant stakeholders proactively with accountability and ownership by ‘all’ can be the probable way to handle this mammoth task of environment management and its rejuvenation.

For addressing the various environmental problems, environment education is emerging as an essential tool to change people’s commitment, motivation, stewardship, behaviour and attitudes.  Especially in the case of students, the active teaching learning approach is widely recommended as compared to the traditional class room lecture based teaching learning approach. ‘Green Good Deeds’ is an idea to take environment awareness to the people and get them involved. Formally launched in January 2018, the campaign lauds small positive actions performed by individuals or organisations to strengthen the cause of environmental protection. The Ministry has drawn up a list of over 600 Green Good Deeds and asked people to alter their behaviour to Green Good Behaviour to fulfill their Green Social Responsibility.

To effectively cope with environmental problems, which are increasing in scale and seriousness, especially in the developing countries; policy makers should expand their efforts to elevate general living standards, which in turn will lead to environmentally friendly behaviour. People are more motivated to make an effort to preserve an environment with which they are satisfied. In addition, people are more likely to engage in positive actions if they feel attachment and responsibility for their community.

Development Alternatives (DA) has been creating awareness on climate change issues by engaging with civil society and also working directly with the communities in rural India. Shubh Kal (for a better future) is a behaviour change communication campaign running in Bundelkhand to inform and educate the rural community regarding climate change issues and sustainable livelihood options. In Himachal Pradesh, through a network of eco-clubs, mahila mandals, yuvak mandals and NGOs, DA has mobilised communities to take responsibility for environmental assessment, protection and carbon neutrality through adoption of contemporary media technologies. Another interesting initiative of DA, funded by the Swiss Development Agency, was to identify climate change adaptation strategies and link it with mainstream climate adaptive planning.