The construction sector in India is one of the largest emitters of CO2 in the atmosphere, accounting for about 22% of the total annual emission, with the largest contribution coming from brick and cement production. This is due to the sheer volume of material and fuel consumption in the production of these materials. The Indian brick sector produces around 350 billion bricks in a year, emitting around 270 million tonnes of CO2 and consuming around 945 million tonnes of top soil per year. The cement industry produced around 210 million tonnes of CO2 in 2016-2017, consuming around 325 million tonnes of limestone, besides other fuels and waste materials such as fly ash and slag. Although the brick and cement industries are the highest emitters of carbon dioxide and consume significant amount of resources, they are still the backbone of the construction industry, leading the pathway to the growth and development of the country. 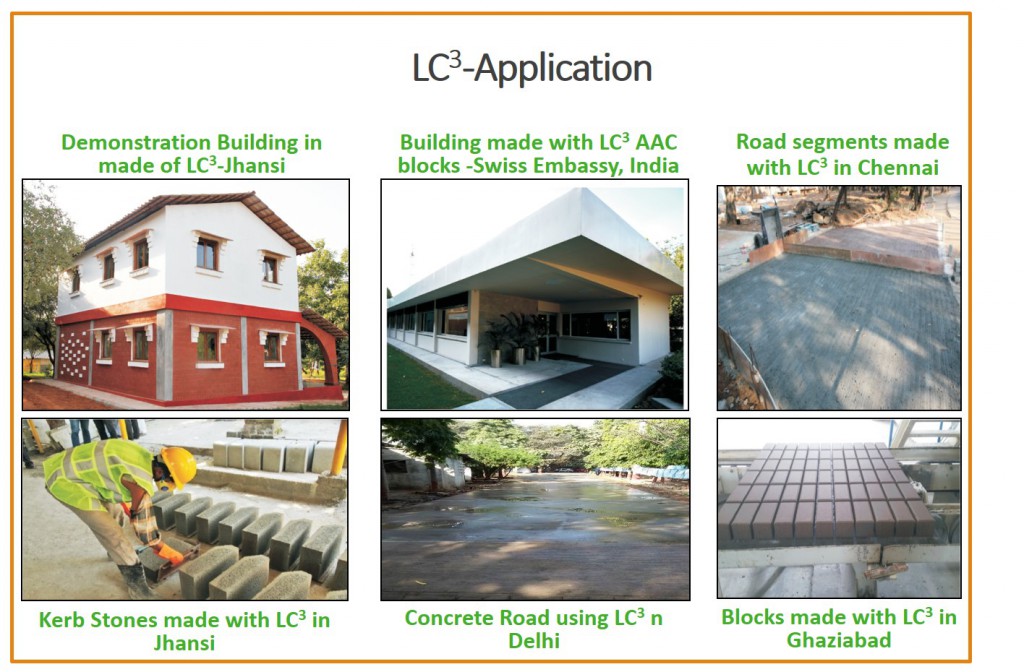 You can’t do without bricks and cement!

In the cement sector, concrete is one of the major forms of use. It is one of the topmost contributors of man-made CO2 emissions[1]. Projections from WBCSD-CSI show that cement consumption in India is going to increase to 22% by 2050, compared to the present 8%, as we move further on the path of development. This creates two main challenges for the future:

Any improvement in the sustainability of cement production can have a huge impact on resource efficiency and CO2 released into the atmosphere. Presently, the three most important approaches being practiced and researched are as follows:

Various other technologies are also being looked at, such as cement-less concrete (geopolymers), carbon capture and storage. However, these are quite utopian ideas and do not have any commercial prospects at present.

Thus, we do not have any other viable and affordable option, but to look at supplementary cementitious materials. One of the most promising technologies in this area is the Limestone Calcined Clay Cement. This cement uses calcined clay as a SCM (around 30%). With the addition of crushed raw limestone (around 15%), it reacts synergistically with the calcined clay and gives a general-purpose cement equivalent in quality to all general-purpose cements. Life cycle analysis shows the prospect of saving around 30% CO2, compared to portland cement, and use of around 50% mine rejects.

Thus, Limestone Calcined Clay Cement has the potential of fulfilling the needs of rapidly developing countries to satisfy their infrastructural demand, while taking care of the environment and reducing the needs of our virgin resources.