To achieve a sustainable future, the world clearly has two priorities that must come before all others.  The first is to ensure that all citizens have access to the means of satisfying their basic needs.  The second is to evolve practices that bring the environmental resource base on which their lives and future integrally depend, back to its full health and potential productivity.  To achieve these two primary goals requires urgent action on two fronts.  We must immediately get the public, governments and the international community to commit to:

With today’s production systems, whether industrial or agricultural, there are very large opportunities for raising efficiency. From simple housekeeping or technological measures to logistical and systemic ones, great increases in efficiency can be obtained at very little marginal cost to enable producers and consumers to get much more with much less.  Resource efficiency, which is related to resource productivity is a self-evident ‘good’, delivering ‘win-win’ outcomes for the economy, society and the environment.

The need for sufficiency (‘raising the floor’, ‘at least enough for survival’) at the lower end of the economy where the poor and marginalised live is self-evident for any society that aims to be socially just. 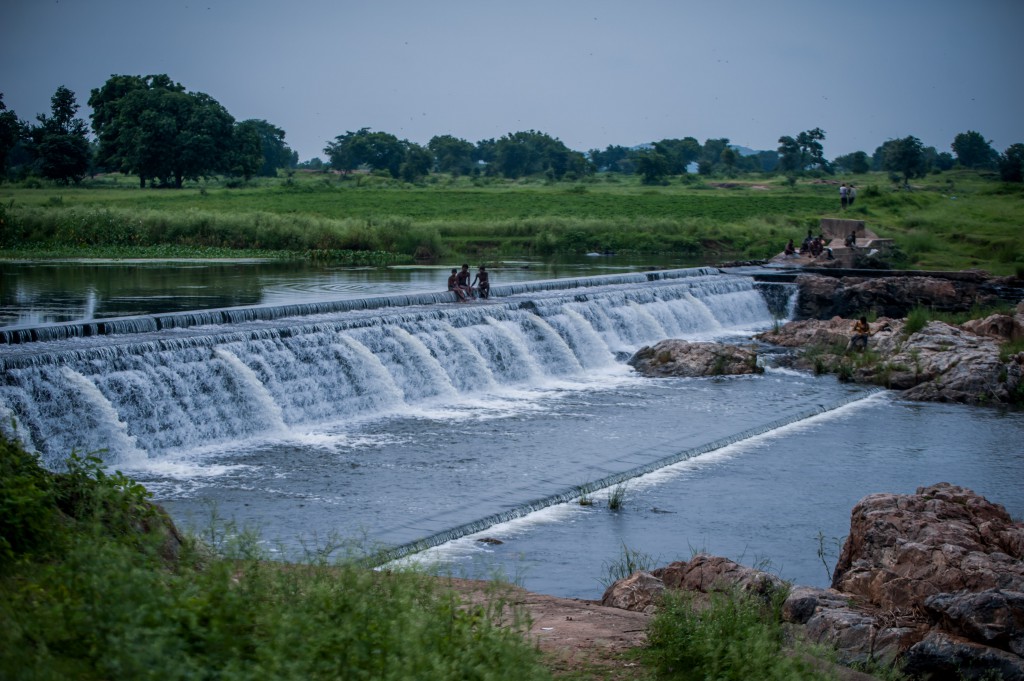 The Obstacles: Objectives Too Narrow, Time Horizons Too Short

Policy makers who wish to deal with these difficult choices are confronted by factors that further obfuscate their decisions: growing complexity, rapid change and significant uncertainty in the system – political, social, economic or technological – that they must deal with daily.  Often the short-term takes inordinate precedence over longer time horizons (which are themselves shortening by the day).

Adopting leaded petrol for automobile efficiency, Freons (CFCs) for air conditioners and foams, DDT for malaria control were all well-intentioned policies, which led to unintended consequences that were so negative that use of these ‘miracle’ substances is no longer permissible.  The promise of plastics has led to the mass murder of marine life and widespread deterioration of terrestrial ecosystems, making it another material headed for oblivion.  The convenience of fossil fuel use has led to the ultimate threat to life on Earth – Global Warming.

The introduction of the ‘Green Revolution’ in the mid-1960s enabled Punjab and other states in India to literally save the nation from starvation, but within 50 years, it has left these states with poisoned soils and water bodies, loss of soil fertility and declining crop productivity, explosion of cancer and other diseases, rampant unemployment and drug use and a general breakdown of social systems.

Every day, we see the conflict between different sets of otherwise desirable social objectives where policies designed to solve immediate problems end up creating bigger problems later.  Free electricity for farmers leading to over-irrigation and unnecessary contamination of aquifers; building of ill-planned overpasses leading to even greater traffic congestion; promotion of biofuels leading to competition with food crops, irrigation water and forests – these are all common examples of counter-intuitive and countervailing impacts of well-intentioned but narrowly conceived decisions.

Could any of these unintended outcomes have been avoided?  Given the complexity of human and social systems and the inadequate state of scientific knowledge, perhaps not all.  However, it is becoming clear that we need better tools to minimise such mistakes in the future.  Such tools are in their infancy but becoming more available because of academic research and some corporate application.

Redefining Progress: Beyond GDP and Growth

Despite several decades of advocacy for alternative economic models, global and most national economies are still ruled by a virtual total reliance on the paradigms of GDP and economic growth.  All measurement, analysis, tracking and subsequent communication is based on the flawed and highly limited index of gross production and the bulk of subsequent policy formulation is aimed at how to accelerate its growth.

Under these circumstances, it is no wonder that even fundamental issues such as growth of joblessness, resource depletion, environmental destruction or community vulnerability hardly figure in national policies.

Policies to promote GDP growth tend automatically to focus the minds of policy makers on increasing investments and providing incentives to industry, urban and other infrastructure, mining and resource extraction – implicitly promoting increased resource use and producing more waste and pollution i.e. encouraging more of the ‘bads’ that actually need to be reduced.

Globalisation in the sense of international economic integration has brought with it many goods and bads of its own.  Growing trade, transfer of technology, movement of skilled professionals and the exchange of knowledge have all contributed to improving the lives of people in many countries.  At the same time, rising inequity, lopsided accumulation of wealth and the concentration of economic and political power that comes with it, has now started to limit how much integration will be tolerated, either by the poor or the rich.

Mechanisation and digitalisation, including robotics, artificial intelligence while delivering great improvements in lives and opportunities are now threatening jobs, making it necessary to question the future of work and accelerating the need for alternative sources of taxation.

The major guzzlers of material resources are construction, infrastructure, transportation, industry and energy production.  Together, these account for the bulk of the major raw materials used in the economy: steel, cement, aluminium, copper, sand, clay, etc.  Agriculture is a major consumer of fresh water, energy, phosphorous, and other minerals.  It has now become apparent that the goods and services provided by these sectors could with improved technologies and logistical systems, be provided with far lower inputs than they do at present, thus resulting in far less geophysical damage and also producing much fewer wastes and pollution.  The cumulative impact of doing so on maintaining biodiversity is a huge additional bonus.

Thus, while GDP and other conventional indicators of economic progress will no doubt continue to be important inputs for decision-making, we now also need to incorporate measures of other social and environmental outcomes of economic activities to obtain a better understanding of what is the degree of genuine human progress.  This, science, often termed ‘full-cost accounting’ is still in its infancy and needs to be rapidly advanced if costly, possibly irreversible changes in the  biosphere that sustains us are to be avoided.

Despite received wisdom, we continue to think of implementing end-of-pipe solutions rather than mitigating causal factors.

Systems thinking provides policy makers the framework and a toolkit to understand seemingly disconnected effects of actions; and why for example, solutions in the short term (such as focusing only on cash crops) in later years exacerbate the very problems (farmers’ financial security) they were designed to solve. We urgently need to strengthen our nation’s ability to build the skills of our policy makers, planners and programme implementation personnel.  In summary,

The new paradigm thinking that is based on Systems Thinking for Sustainable Development compels users to seek direct-indirect, spatial, temporal, sectoral and hierarchical linkages in policy strategies and solutions.  It widens perspectives and induces decision makers to look critically at the indicators of development beyond the traditional economic and growth measures of GDP.  These are the areas that the Development Alternatives Group seeks to explore and implement.