2016 was the third year in a row that set the record for the highest global temperatures. A warming climate is a sign of many weather anomalies and extreme events. Increasing temperatures will cause dry areas to become drier. With increase in heat, evaporation will also increase making intensity of droughts worse. The world is also likely to experience extreme weather events in the form of heat waves and flash floods due heavy rainfall in short periods of time.

The socio-economic impacts of climate change are already being witnessed in the form of declining food and income security, migration, loss of livelihoods and increase in diseases. Children and women are at highest risk due to climate impacts. Children’s lives and basic rights to education, health, clean water and the right to food are all impacted due to climate induced shocks.1 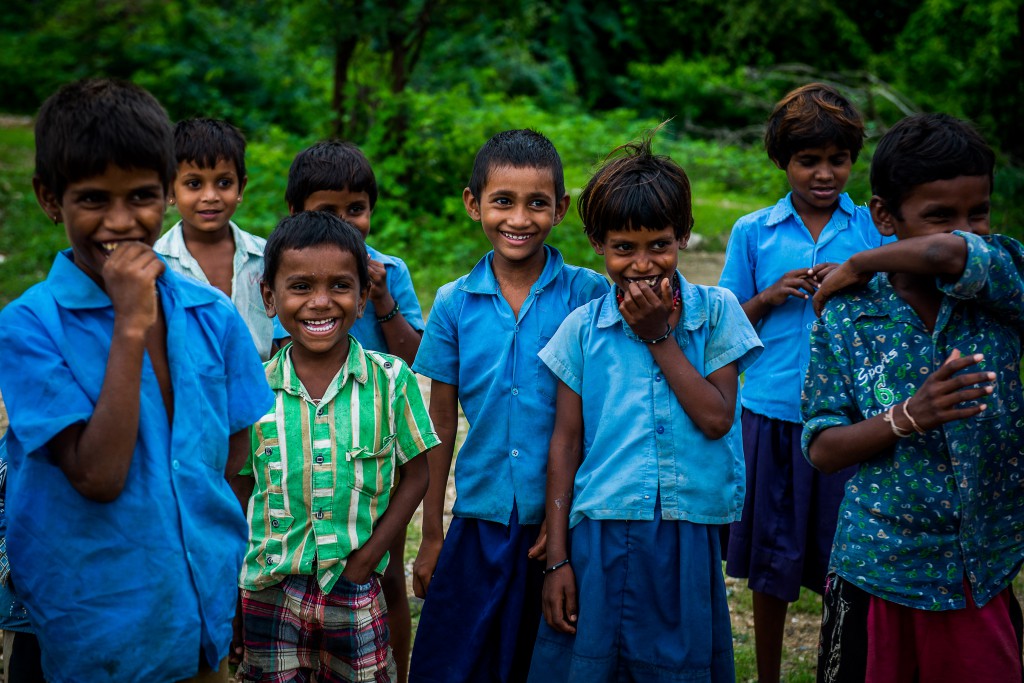 Water is the resource through which climate change impacts are most experienced whether in the form of scarcity or in excess. Erratic precipitation patterns added to increased severity of climate disasters threatens the availability of clean and safe water that in turn could lead to an increase in food shortages, diarrhea and waterborne diseases as well as compromise water and sanitation systems. There is also an increased likelihood of conflicts over water. Further, children are the most at risk due to the water stress created by climate change.2

Rajasthan is a water scarce state with only 1% of India’s water resources.3  Its per capita water availability is below 1000 m3/year compared to India’s average of 1903 m3/year. Although it covers 10.4% of the total area in India, the rainfall statistics do not pose a pretty picture with Rajasthan’s average rainfall being 531 mm compared to the national average of 1200 mm.4 With such trends by 2030, the state is expected to move towards turning into an absolute water scarce state from a water scarce state.5  In the backdrop of the above, it is reasonable to say that climate change will exacerbate water issues in the state and will lead to more recurrent droughts. Rajasthan already has the most occurrences of droughts. Increase in temperature by even 1% would increase evapo-transpiration by 15 mm increasing water requirements and causing water loss of 40.4 mm.6 Also, a 1% rise in temperature would lead to an additional stress on groundwater resources by 20.16%.7 The Government of Rajasthan in order to address this water stress situation has initiated the Mukhyamantri Jal Swavlamban Abhiyan (MJSA). This initiative aims to bring the existing schemes on a single platform along with a vision to conserve Soil Moisture and Rainfall, Runoff and Ground Water to their maximum potential. In the first phase, village areas sanctioned under the Integrated Watershed Management Programme (IWMP) scheme (2009-10, 2010-11, and 2011-12) had interventions under this initiative. To bring self-reliance and address water security by 2019, 20000 villages in Rajasthan are set to be targeted in the second phase.8

The MJSA aims to converge existing schemes of various government departments. The initiative is comprehensive enough to even address drinking water issues. It aims to strengthen measures to enhance resilience during climate induced water stress. But most importantly, it aims to implement by ensuring ‘people’s participation by motivating villagers and beneficiaries’.9

The UNICEF led Rapid Survey on Children (RSOC) 2013-14 reports that Rajasthan has low body mass index (BMI) of below 18.5 among 65.2% of the population. This is among the lowest in the country. Most of these cases are found in rural Rajasthan (68.6%). Water stress exacerbated by climate change will make things worse. As children are particularly vulnerable to climate change, they deserve to receive the highest protection from its effects. This cannot be only handled through government departments but needs the involvement of public, private and civil society as well.10

We at Development Alternatives believe that an initiative can be properly implemented only when interests of the future generations are addressed and safeguarded. This cannot happen without the participation of young people in important policy decisions. Children should be educated on how to combat climate change impacts so that they can act as key influencers in the community. When a child’s adaptive capacity is enhanced the community has a trained group for at least half a decade. It is important to prioritise childrens’ voices and include them in plans regarding DRR, climate change adaptation and water initiatives such as MJSA. Incorporating children’s perspectives will help in bringing about a more comprehensive and inclusive approach to building climate resilience in communities.

We as a country need to invest more on capacity building of children and chalk out a mechanism where through participatory methods these young agents of change get a fair chance to be heard and understood. The idea is to have more inclusive and elaborative water and national climate action plans. The society will benefit from reduced child mortality, better early childhood development, improved maternal health and better education.11

Development Alternatives in partnership with UNICEF is directly looking at the major effects of climate change in the state of Rajasthan. Children centric risk assessment and climate change adaptation and planning approach will be adopted to enhance the capacities of children and other stakeholders including caregivers and local bodies who directly and indirectly are participants in the process. This programme will allow mainstreaming concerns of children into the initiatives at the state and district planning levels especially in critical sectors like water where climate change impacts are likely to be highly pronounced. The learnings and experiences will be analysed and action points will be shared with district authorities as policy briefs so that childrens’ needs can be incorporated in future initiatives.

Syed A A Farhan