x
by perspectives
on August 26, 2015
under Building Synergies Across Sectors, Housing for All in a Resource Constrained Landscape, trialogue 2047
∞ Permalink 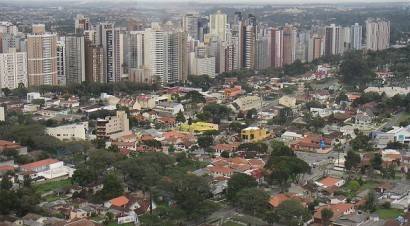 Thousands of villagers migrate every day into the cities of the third world. Many, if not all, come there in search of jobs.  Any community – big or small – where work and income are not largely bound to the land is a town or “city”. The lights of most cities are bright enough to attract people from hundreds of miles around. Add to the immigrants the young adults, who have grown up in the city, and the need for jobs can become quite enormous. The cities of India alone need to create more than ten million jobs every year.

The evolution of the city’s economy and environment, and the long term well-being of its citizens, depend on how many and how sustainable are the livelihoods it generates. This, in turn, depends on the access people have to living space, workplaces and the means to move between them. And, to an extent not at all well understood by the leaders of those cities, let alone of the corporations, media and political institutions, on the resources that cities need in order to make these houses, offices and transportation systems.

Thousands of books and reports are produced each year on the subject of urbanisation and the state of the city. Yet, the environmental resource base on which the city integrally depends, both as a source of materials, energy and water, and as a sink for its wastes has been so taken for granted until now that there is virtually no research data or policy analysis on the subject.

Before our cities collapse under their inexorable growth of population and activity, it is now critically important for us to bring the issues of managing our resources sustainably for the good of all, in the city and in the countryside.

Fortunately, the city – and the sustainable community of the future – as the crucible for innovation and the birthplace of entrepreneurship, is in a better position than anyone else to solve its own problems – provided it now makes the conscious decisions needed to build its capacity to do so.

The rapid urbanisation India is seeing today is fuelling the construction boom. A large chunk of this resource intensive growth in construction can be attributed to the housing segment. The government’s call for ‘Housing for All by 2022’ will have enormous resource implications resulting in competition and conflict over limited resources across various sectors. For example, should a fertile tract of land be used for agriculture or to build a new city on the banks of the river? Should sand and soil be used to make bricks and cement or grow vegetables and grain? How far can we go without irreversibly damaging ecological flows?

Through this trialogue 2047, we aim to explore the potential for building synergies across sectors for critical resources in the context of rapid urbanisation in India. We will deliberate on barriers and opportunities that exist for moving towards resource efficient ‘Housing for All’, now and for the future. The 10th trialogue 2047 will discuss and address the issue of natural resource conflicts across various sectors in urban India. The trialogue 2047 is on ‘Building Synergies Across Sectors - Housing for All in a Resource Constrained Landscape’…Read More