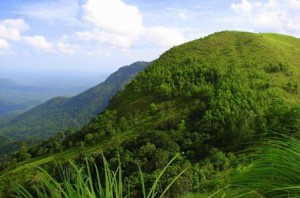 The term “biodiversity” and its related concepts have been mentioned and interpreted in various ways by ecologists, environmentalist, biologist, policy makers etc. If simply stated, it includes the sum total of all the genes, species and the ecosystem of a region. It operates at different levels of ecosystem and varies with altitudinal and latitudinal variations in climate. Human survival, sustenance & economic well-being are largely dependent on biodiversity, both directly and indirectly. It modulates ecosystem structure and maintains the environment stability. Biodiversity represents vast repository of wealth in the form of new crops, drugs, bio-pesticides and other products. Thus Biodiversity conservation owing to its significance is fundamental to ecosystem structure and functioning.

India is one among the 17 mega-biodiverse rich countries of the world. One can panoramically visualise vast expansion of biodiversity in the form of Thar Desert with hot and arid climate to the lush green vegetation of Western Ghats surrounded by the vast realm of mountains and oceans with bright corals in Gulf of Mannar and Andaman & Nicobar Islands. Being mega diverse, it has drawn considerable attention of ecologists, conservationist and natural resource managers from early days. This region is also highly vulnerable owing to their sensitivity, low adaptability & resilience. Numerous compilations of literary works, scholarly articles corroborate the ingrained compassion and respect for nature in our religion right from oldest Indus valley civilization. Since 1991 when India decided to go ahead with economic liberalisation, it has witnessed on one hand uprise in GDP (a measure of economic development) and increase in prosperous middle class but on the other hand rapid industrialisation & urbanisation put a strain on natural resources & environment. It has resulted into rapid urbanisation, large number of migration to urban areas leading to habitat destruction, over exploitation, and introduction of exotic species ultimately all culminating into Biodiversity loss. 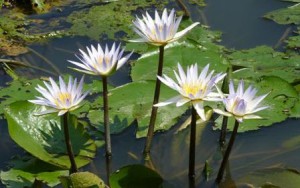 The fact that species are disappearing even before we have documented or named them and determine their role in ecosystem processes, deserves serious attention. The climate deniers who are major stake holders and beneficiaries from present economic structures negate any interrelationships between climate change and biodiversity loss. The simple argument they put forward is that climate change, being a natural phenomenon is operating from infinite times. If their own argument is taken into account, can we allow this monster causing species loss to engulf human beings or should we come up with a more rational, scientific solutions, which will cater to the need of present generations without compromising with the ability of future generation to meet their own demands, the basic tenets of sustainable development.

The sustainable development goals stress to adopt such developmental measures such that our need doesn’t become our greed. Nature can look after itself, if we don’t interfere in its activities. What we need to focus on, is to conserve vast repository of biodiversity, the basis of human existence. We have to move from old ways of negotiating to a completely new paradigm towards biodiversity conservation taking into account our economic and developmental goals. As per Article 51 A(g) of our constitution it has been made binding on part of Indian citizens “to protect & improve the national environment including forests, lakes and wildlife; and to have with compassion for living creatures.” The government and policy makers are quite aware of the threats and danger looming over the human existence in current climate change scenario. India has been one of the pioneer countries among world to constitute a dedicated ministry i.e. ministry of Environment, Forest and Climate challenges vested with all the powers to combat these challenges. 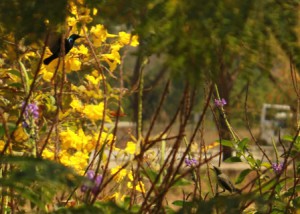 A strategy needs to be oriented with a “triangular approach” of Need, Resource, and Number. There is also an ethical imperative of ecosystem stewardship of looking after our planet for passing it in a healthy state to our upcoming generations. Strategies need to be adopted at all levels complementing each other for conservation of biodiversity. These strategies may range from In-Situ Strategy, Ex- Situ strategy, to framing laws to curb anthropogenic pressures and allowing the rehabilitation of endangered and vulnerable species. The In-situ approach is to deal with issues of biodiversity conservation, via network of protected areas, biosphere reserves especially dedicated to protect and maintain biodiversity in their natural forms and habitats. Ex-Situ conservationist deals with conservation issues via Creating Seed bank, Gene bank, Botanical gardens and zoos. These two approaches is analogous to what is generally said that “prevention is better than cure”, since restoration of endangered species is extremely difficult and uncertainties in such processes remain always adhered.

Species once extinct can never be recovered, which signifies the importance of such strategies. Conservation of species for a longer term needs to be augmented by creating public awareness about the prime values and associated importance. This can be achieved through ecotourism, recreation and education focusing in these areas. Public participation by organising village, district and state level seminars is necessary to ensure better results. Media through their activism all over the world is bringing encouraging responses and needs to play even more proactive role. They need to spread the awareness owing to their presence in all section of the society. Ultimately survival of human race depends upon maintenance of a strong biodiversity base operating at all levels of ecosystem.