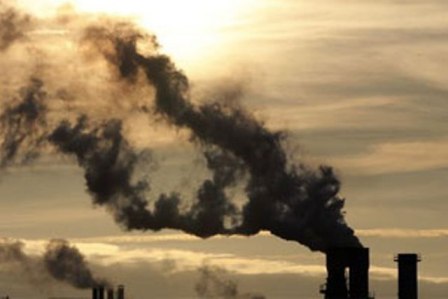 2015 will be a landmark year for more than one issue at the global level. The nations of the world will be coming together to accept the goals and targets for sustainable development that promote the well-being of the people and the planet. There is a need to strategise for the implementation and operationalisation of the SDGs (UNCSD, 2015). At the same time, the global community will also be taking key decisions with respect to commitments to reducing their carbon footprints, supporting the adaptation of billions of people and their eco-systems to the changing climate and compensations for irretrievable losses (COP 21, Paris)1. Inextricably linked, the two agendas will altogether define the fate of each other and that of our coming generations.

Unaddressed issues of climate change coupled with inequity driven siloed development programmes negate benefits from any actions directed towards development as well as adaptation. Therefore, the explicit inclusion and integration of climate change response within the framework for SDGs is significant. Although, the seventh Millennium Development Goal (MDG) recognised the inter-linkages of environment concerns with those of eliminating poverty, it was in a very rudimentary manner. It is no wonder that this goal is lagging far behind in its targets failing to achieve the necessary actions to cut CO2 emissions, reduce loss of forests and other environmental resources. One key reason for this failure is the siloed nature of the environmental goal without inadequate integration with other goals on poverty reduction.

India presents a classic picture of a country battling the dual challenges of extreme vulnerability to climate change impacts and a development paradigm not necessarily balanced to support sustainability in the long run. As an emerging economy, India however has at hand resources, capacities and expresses hope to turn things around from the MDGs to SDGs.

Climate Change and SDGs so far

Months of lobbying and debates from different countries and civil society representatives have earned climate change issues the 13th goal (Take urgent action to combat climate change and its impacts) amongst other 17 newly framed SDGs. Furthermore, it is important to integrate climate change concerns across the SDGs. A number of targets make explicit reference to climate-related aspects such as resilience and disasters, or are clearly linked to climate change adaptation and mitigation. Lastly, the introductory text of the SDGs document makes clear reference to the need to reduce emissions as a matter of urgency before 2020 and limit global warming to 1.5 or 2 degrees Celsius above pre-industrial levels2.

However, the SDGs leave several crucial questions unanswered. Prime amongst them is the role of the existing UN legal mechanism (UNFCCC) to deal with climate change. In their arguments to consider UNFCCC as an obstacle for the SDG process, countries argue that they would not want to prejudge the provisions of the new agreement. Another concern is that funding mechanisms and channels for climate finance will require better coordination and coherence within the two debates, avoiding repetition and errors. In such a case, climate finance windows such as Green Climate Fund will play an important role in operationalisation of the climate goal3.

Furthermore, the proposed text also lacks any commitment to clear guiding principles for climate action such as common but differentiated responsibilities and rights-based, gender-equitable and participatory approaches. The urgent need to promote low-carbon development and global emission reduction also needs to be clearly emphasised in the loosely drafted 13th goal.

Since the SDG process is still dynamic, civil societies across the world are pressing to further sustain and strengthen climate change concerns in the current framework. Some of the recommendations include developing coherent set of goals that would clearly address overarching issues of adaptation, equity, gender equality, community resilience and disaster management. The goals require ambitious targets for low carbon development and that technology and finance be channelised for investment in renewable energy production and energy efficiency. There is a need for flexibility in indicators to allow nationally appropriate implementation of the goals. The SDGs will have to be drafted in a way that allows for interpretation in nationally relevant ways. This will be useful for informing national development plans – for example green growth strategies – as well as reducing countries’ vulnerabilities to climate change. Lastly, moving beyond politics, the SDG framework would have to ensure coherence with UNFCCC and its resource channels.4