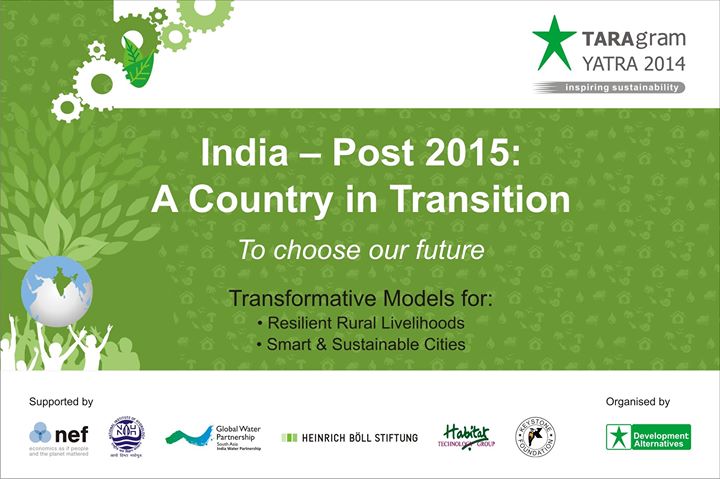 Since the advent of industrial revolution, the world has seen changes that it has never witnessed before. Apart from the ease of living and economic progress that this revolution has brought to many, the world has never before, seen the scale of poverty, disparity and environmental degradation that has accompanied the industrial revolution.  So much so, that this present age is now called the era of the Anthropocene, where one species, the human beings have contributed to changing the world by its actions in one single millennium.

The Millennium Development Goals (MDGs) come to an end in 2015 and India is far from realizing the objectives set out in this global declaration. While “the unfinished agenda” of the MDGs needs to be dealt with, we have to support and accelerate the global movement for a new economy. Efforts have to be made to create an economy that promotes the well-being of its people and the planet, while ensuring development and growth that is sustainable, inclusive and resilient.

The Countdown to TARAgram Yatra – 2014 has begun. The Yatra will be organized from 13th to 16th October in Delhi, Orchha, Thiruvananthapuram, and Kotagiri. With a mix of dialogue and field visits, the Yatra “India Post – 2015: A Country in Transition” aims to identify and map new ideas, that will follow an environmentally sustainable and socially just model of development.

The Yatra will explore models of sustainable practice and game changing policy interventions to catalyze multi-stakeholder dialogues and knowledge sharing that can help us move closer “To Choose Our Future”. This year, we explore a fine balance between biodiversity conservation and livelihood security of indigenous populations in the Nilgiris on the one hand, resource efficiency in construction in a rapidly urbanizing Kerala on the other.  We also look at system efficiency to deliver safe water to all in our growing cities and mainstreaming climate risks and desired shifts into development planning processes.

The Yatra will benefit from on-ground action and inform discussions that will address policy coherence and planning systems, relevant metrics for tracking progress, institutional capacities, financing systems and fiscal measures and information and communications systems that are required for India’s Transition to a more Sustainable Future.

The round-table discussions on 15th and 16th October, following the field exposure will delve deeper into the above perspectives; they will locate contradictions in policy and implementation frameworks, capacity gaps and strategies that drive change.

The Plenary on the 16th October shall draw upon these discussions to help develop an integrated idea of sustainable development for India post 2015. The Plenary will identify here certain key questions that need to be answered for designing India’s transition to a sustainable future.

Come and be a part of the TARAgram Yatra 2014 and let us think together and act together  “To Choose Our Future” which is sustainable, inclusive and resilient. 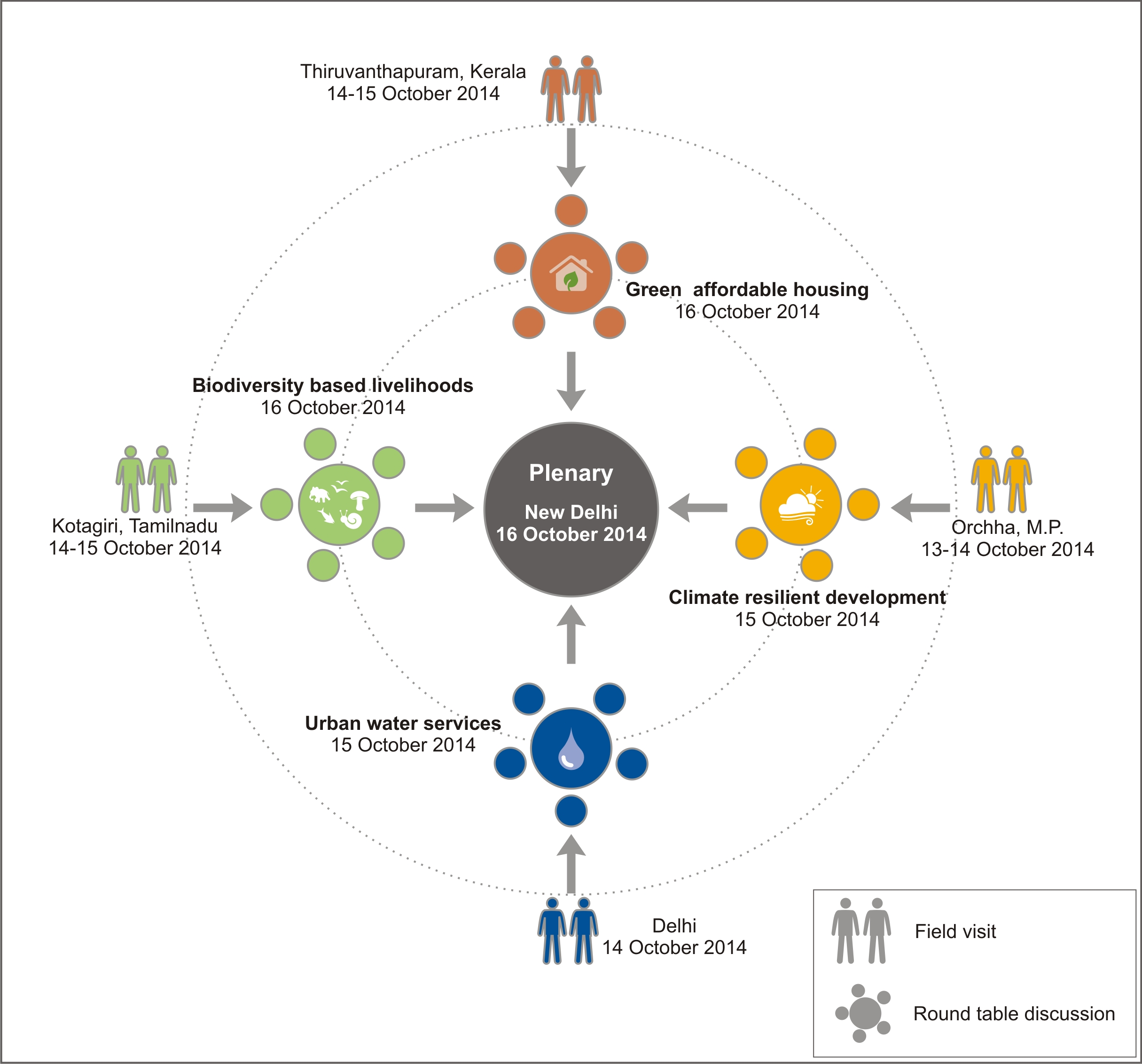